投稿 4 月次 前 by admin
8 再生
I Didn't Expect To Enjoy Final Fantasy XIV This Much
Final Fantasy 14 Reminds Me Of When I First Tried WoW because of the quaint little towns at the beginning of both games. The warm sense of Goldshire when first created my Human Warrior back in 2006. The music of the human starting area and the screeches of the kobolds. Final Fantasy 14 gave me a similar vibe with the music, lush forests, and the quaint little town. The NPCs were very well made, and the graphics compared to some of today's popular RPG titles. FF14 reminds me more of an RPG than an MMORPG, and so far is delivering on all fronts as a great game I want to return to.

You can join in the fun watching me continue this playthrough series over on my twitch.

➜ Watch Me On Twitch - https://twitch.tv/geegan
➜ Come hang out in our Discord Community: https://discord.gg/uX4S2dh9pe
➜ ALL Other Geegan Links - https://linktr.ee/geegan

I've played WoW since 2006, 2 months before The Burning Crusade came out. In this video, you will find some clips of me trying out FF14 and the vibe FFXIV gave me after a few of my live streams.

I'm considering making this a playthrough series as I did when I tried out Guild Wars 2 last year. 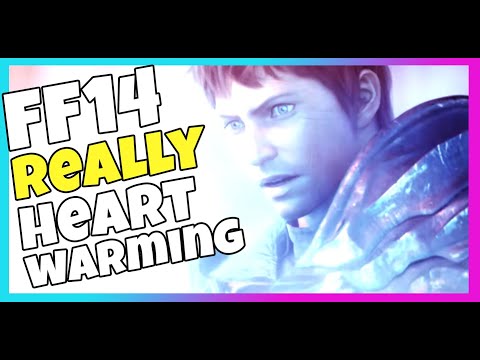 I Didn't Expect To Enjoy Final Fantasy XIV This Much Final Fantasy 14 Reminds Me Of When I First Tried WoW because of the quaint little towns at the b...